Vienna by bike: “It takes three days to see everything on foot, we’ll show you Vienna in 3 hours … by bike!”

That is slogan with which Pedalpower offers guided bike tours in Vienna. I like walking but if it is easier I will certainly be open. So I book the tour and let me surprise because my stay in Vienna takes only 2 days and then you want to see as much as possible. 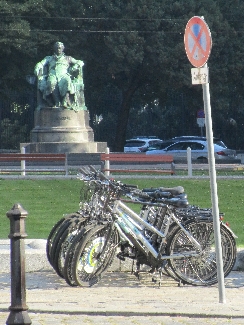 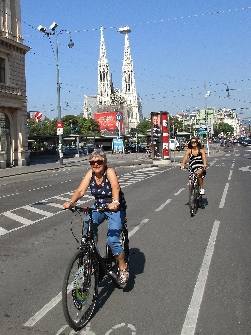 Vienna has taken cycling in the city to a higher level. Everywhere in the city you can ‘grab’ city bike and many roads are often equipped with green bicycle paths or lanes. There is constant investment to make the city even more bike-friendly.

Vienna was once the center of the largest empire in the world. The brilliance of the Habsburg monarchy is felt everywhere in the old city with its unique architecture. Vienna is a real metropolis with a rich history and bursting with beautiful buildings. It is the city of Mozart and the city of Strauss. Vienna has the State Opera and of course the city of Sisi with the many palaces. Let’s go! 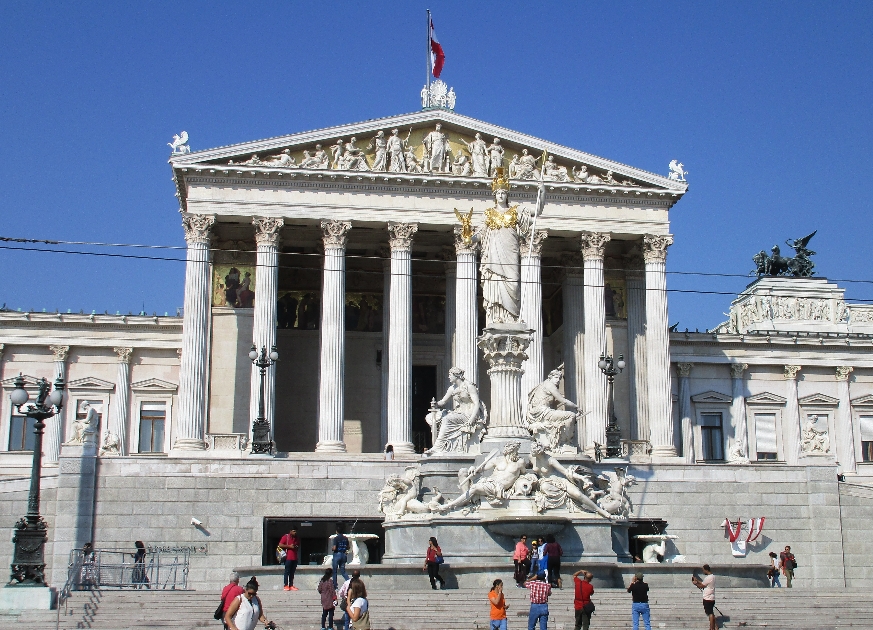 On Friday afternoon at 16h we land with Easyjet at a sunny Vienna Airport. We immediately go to the tourist info where we buy a 48 hour Vienna pass for a good 20 euros. Many discounts but more importantly, free public transport. However, from the airport to the city zone of Vienna it is not valid so we buy an extra ticket of 1.70 euro for this zone. With the train service S7 we arrive at station Wien Mitte in half an hour. If all this takes too long, it is possible to go to the center with the faster direct CAT connection. This is a lot more expensive. 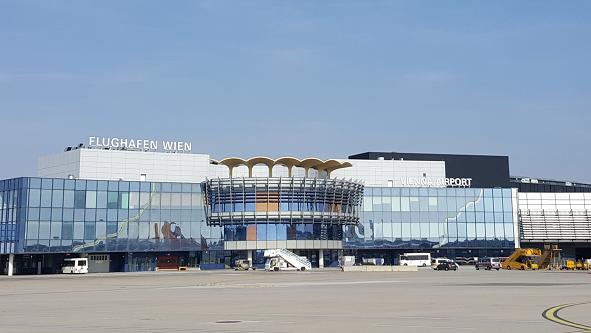 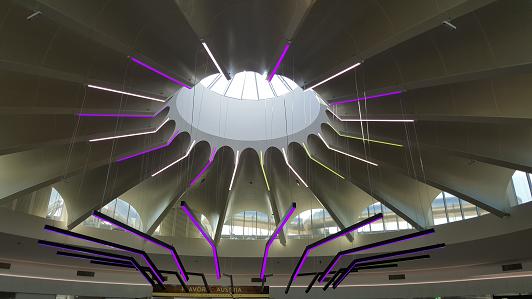 We transfer to the metro and go to our hotel. Quickly dump the suitcases and then into the city. The bike tour is scheduled to take place tomorrow but we want to get in touch and eat of course. At U bahn station Stephansdom we get off and suddenly we are in the middle of the city opposite the immense Domechurch. Just a round around the church, after which we walk into the Graben. 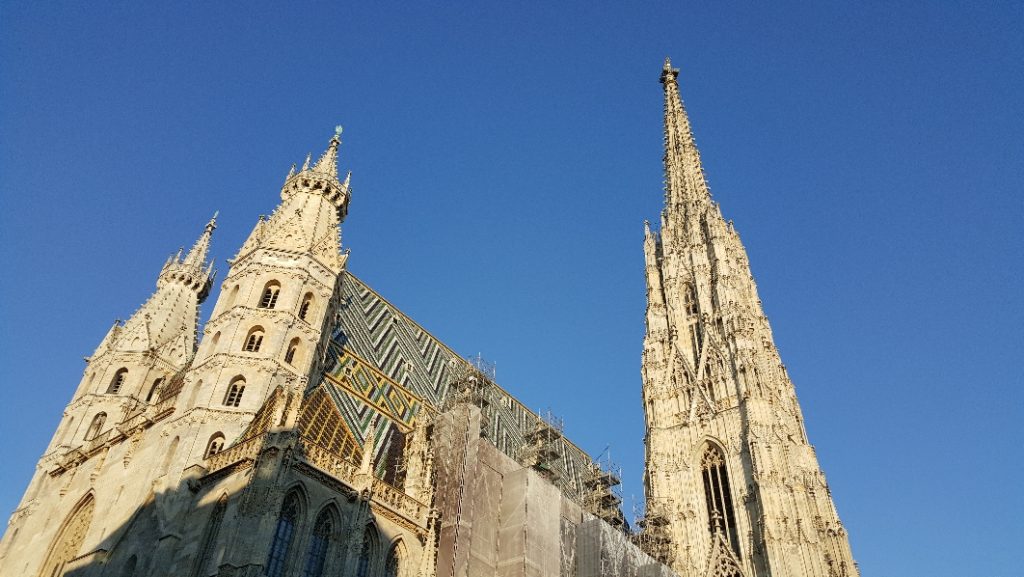 In the shopping street Graben is the Plague Column, a memorial to remember and the two major plague epidemics that the city has had to undergo. Unfortunately this was partly in the pipeline. At the end of the street, the expensive brands are visible. 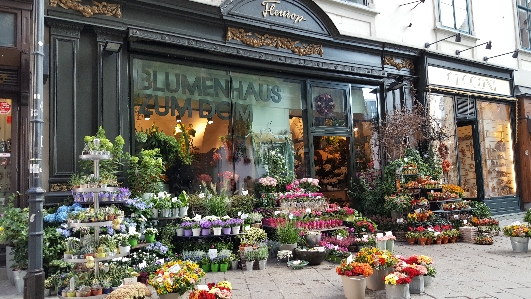 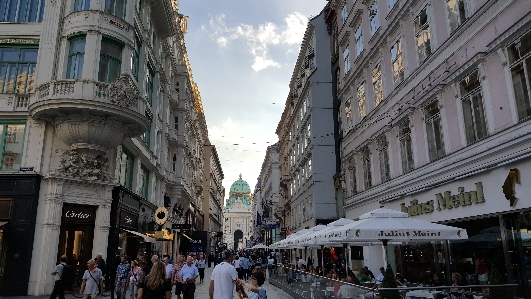 We carry on until we arrive at Café Central in the Herrengasse. A beautiful coffee house entirely in style. Beautiful columns, high ceilings, paneling and silver cutlery. Under the sounds of Für Elise, of the Beethoven, buried in Vienna, played live by the pianist and under the watchful eye of Elizabeth and Frans Josepf as a painting on the wall, we take a Wiener Melange with Apfelstrudel, Zahne and vanilla sauce. 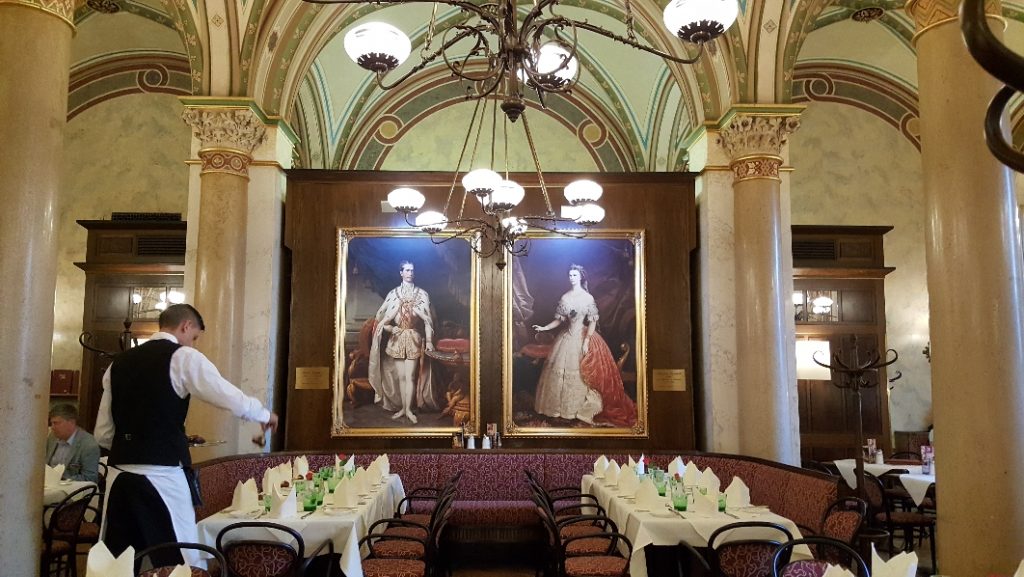 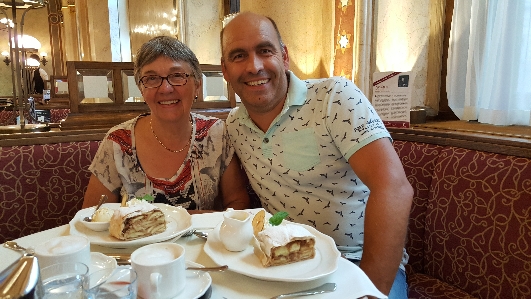 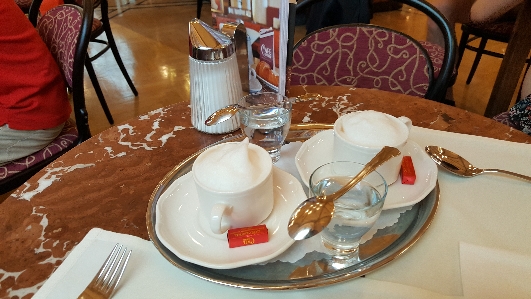 Via the Herrengasse we walk in the twilight to the Michaelerplatz, the Hofburg, the Heldenplatz and the State Opera. We end our walk at the Nashmarkt in the Wienzeile. Here it is bursting with small, cheap restaurants. With a big schnitzel and a pot of beer, we close the day. 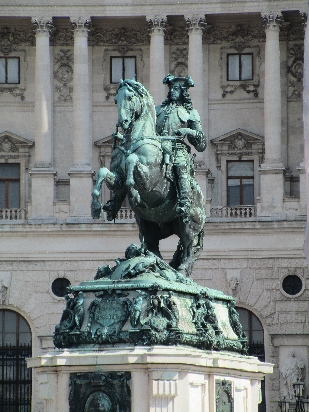